How Does the Command Line Work?

The Command Prompt allows you to arrange files, launch applications, and execute other commands related to the operating system, device, or network. The majority of those commands use scripts and batch files to automate tasks, perform advanced administrative functions, and troubleshoot or resolve specific Windows issues.

Bash, or "Bourne-Again Shell," is the Command-Line we use. It's a text-based shell for controlling the machine. The Command Prompt is often referred to wrongly as "the DOS prompt" or "MS-DOS." Command Prompt is a Windows application that mimics many of the command-line capabilities of MS-DOS, but it isn't MS-DOS.

People use Command-Line for a variety of reasons.

While using a command-line interface necessitates memorizing many commands, it can be a useful tool that should not be overlooked. You can do nearly all of the same functions with a command line as you can with a GUI. On the other hand, many tasks can be completed faster and more easily automated, and completed remotely. It would help if you learned how to use the Command line for several reasons, such as:

How to open a command prompt on your pc?

For Windows: Each of the following should open a command window, depending on your Windows version and keyboard: 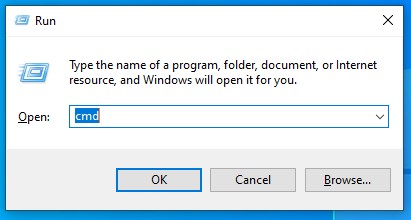 For OS X: Go to Applications followed by Utilities, then click on Terminal.

For Linux/Ubuntu: The easiest and quickest way to open a terminal is by using a shortcut. So press Ctrl+Alt+T, and the Command Prompt will open.

Commands to run on the command line

In a command line, there are a variety of thousands of commands that you can use. It would be difficult to remember all of the commands, syntax, and choices for each command.

You now understand how a command prompt works, the most widely used commands, and the benefits of understanding and using one. The Command-Line gives you an advantage over using a GUI to communicate with the file system because it allows us to operate on a remote server, perform the same collection of operations on a large number of files easily, and gives you access to functionality that is only accessible in command-line versions.